This is pretty basic stuff if you’re are familiar with the ELF binary format as well as basic experience with creating your own basic Trojans with Elf binary injection. However With a bit of creativity I have found other ways to use Elf binaries, not just for malicious intent for creating Trojan Horses, but also to hide sensitive data within unsuspecting binary files.

The whole point of this post is to spark creative ideas in others. And also give back to the community, that has given me a lot in return.

Lets say You have some encrypted files in a directory. Well It’s good that’s it’s encrypted and I hope you’ve hidden your private key well! However As an extra level of security, How about hiding those encrypted files inside unsuspecting binary programs? So to any Hacker, They look like regular binary files, and they execute them as expected ,because they are normal executable

. However Inside the executable is a secret encrypted file embedded into the binary of the file.

Writing An Encrypted File into Binary The Algorithm

If you inject Unencrypted Data into a binary File. If you just Open the binary in a text editor such as vim, It’s actually pretty simple to find any important data in there, as it’s usually in plain English. Which why it is important It should be encrypted Files. Unless you’re are reading/writing the bytes themselves.

This is just a another layer of security and extra step in trying to Hide important data for a hacker. You could say That all they need to find is the roadmap struct within the .note. Which is true, but to anyone else, Know one knows there is a struct located in the .NOTE segment. And even then, in order to read it correctly, you’ll need to understand what type of struct is there, the size etc.

Essentially Creating an Extra step, extra work for the hacker, And depending on the hacker’s skill level, hiding an encrypted File inside an unsuspecting Executable, could be enough to deter them from actually looking and dissecting the binary. Essentially skill level or laziness could stop them from going further, and they may just assume the executable is just an executable with nothing interesting inside.

Remember this is just a basic prototype, there are many ways to make it much harder to find sensitive data.

This is only works currently with PIE , position independent executable. I plan on improving on this concept to improve security, hiding it better, as well as being able to inject into other types of executable ELF types within Linux. This is just a proof of concept. There are a few potential bugs. But like I say this is just a proof of concept, and spark some more creativity in the community 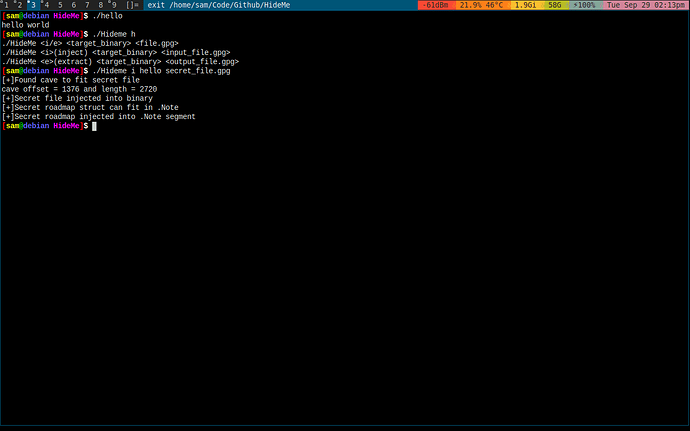 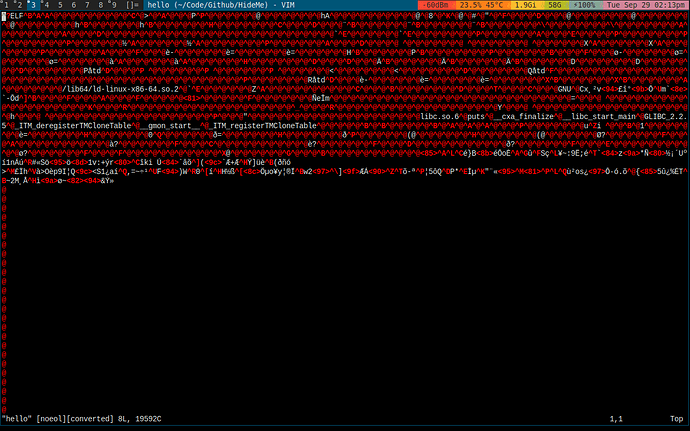 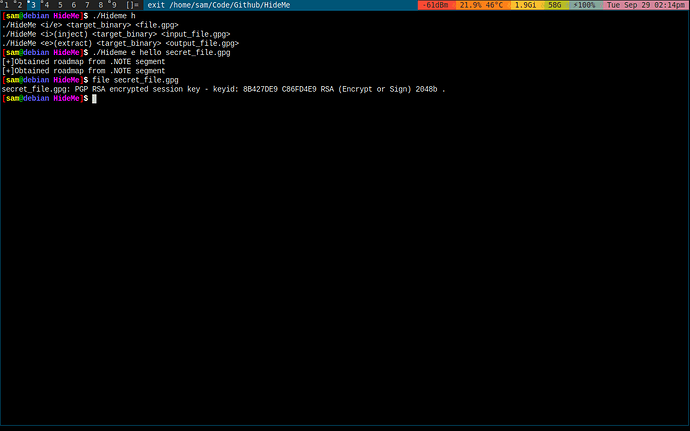 My code only accepts .GPG files, meaning it refuses to inject Files which have not been encrypted with GPG. And again it’s a quick prototype, there are a few bugs, and the error checking isn’t really implemented properly, as it’s a very quick prototype proof of concept 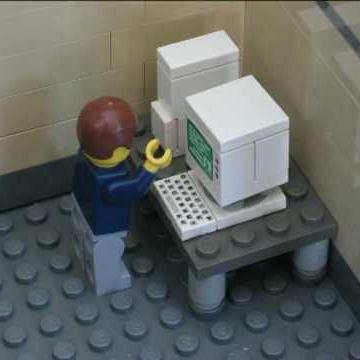 I Hope someone has learnt something from this. Or if not, at least open some doors in terms of creativity. This is my first Actual Write up post. Lets Hope it’s not completely useless…

Thanks! You’ve made my day